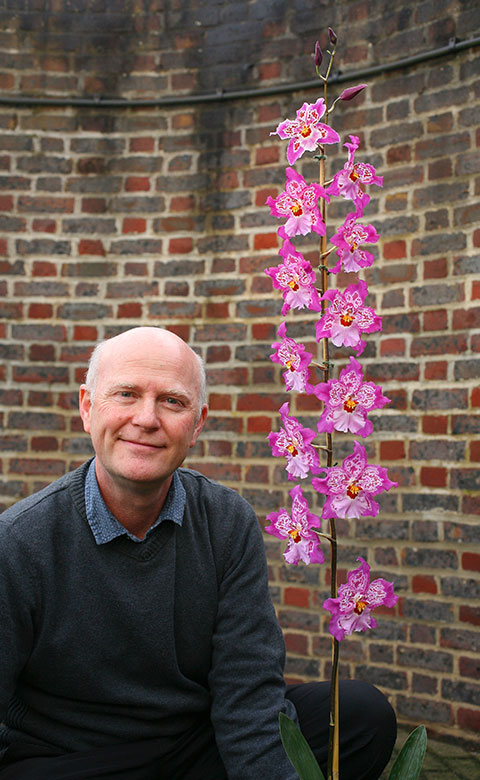 In March this year at a Royal Horticultural Society (RHS) award ceremony in London, the Foundation received two prestigious awards. 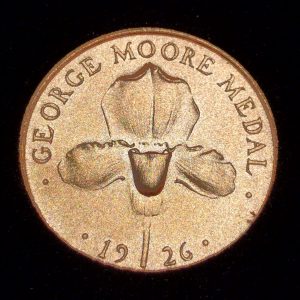 The George Moore Medal is now awarded to the exhibitor for the best cultivar of any orchid hybrid grex seen by the RHS Orchid Committee during the given year. 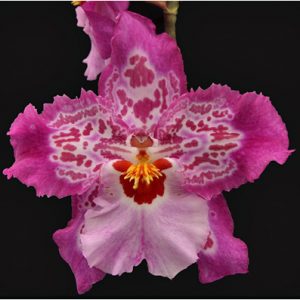 The grex Champs du Chemin has been awarded by the Orchid Committee twice before. The cultivars ‘Saint Catherine Tower, and ‘Fort William’ both receiving Award of Merits in 2013 and 2014 respectively. ‘Le Hurel Tower’ was presented in January 2015 and exhibited a marked improvement. It carried twelve open flowers evenly spaced on an inflorescence measuring 1.12m. The dark, violet pink flowers measured over 11.5cm across and were beautifully marked with red blotches ringed in white. The lip was remarkably flat and a contrasting pale pink violet shade with a central red mask. A truly remarkable specimen, fully meriting the First Class Certificate it received on the day. This plant is one of a whole new line of tetraploid (4N) Oncidiopsis breeding currently being undertaken by the Foundation.